in Marsala Street in the very heart of Brera, the flat, set  in a luxurios building dating back to the eighteenth century,  sizing  70sq.mt.,  was entirely restored.

The retrivial status of the housing was really decaying regarding both the walls and the technical system.

Neither the morphology nor the original division of the inner spaces were definitely functional and they didn’t fit with their current use. Therefore the first planning objective was to emphasize and re-design the pre-existing distribution system of the flat, trying to amplify the available space by creating an optical illusion of the surface extension. Thanks to the big  importance given to the exterior finishes and to the selected materials, the result gives a feeling of unity and looks as if it really has been cared for in every little detail.

The second planning intent was to avoid distorting the original neo-classical style of the flat: in fact it was decided to bring back and highlight the carrying structure, made of round arches of ancient hand-made full bricks, and to emphasize the original floor made of oak tree parquet which  became a wonderful carpet in the main living area.

The kitchen is crossed by square columns overbeared by brick-made brought to light round arches .

The main bathroom, thought as a funcional but also as a well-being and relax place, is divided into three areas, each of them has a specific role: the washbasins area, the laundry area and the relax area where a shower with sauna was installed.

Opaque satin glass doors with aluminium profiles were used in order to make the space more continuous and harmonious, giving a wide and barrierless optical impact, for a living space which is  smooth and fluid to the eye: quite important concepts when restoring small spaces.

All technical systems were re-made according to the law, and so was the lighting distribution, which is a relevant factor for the purpose of the use of  a living space. 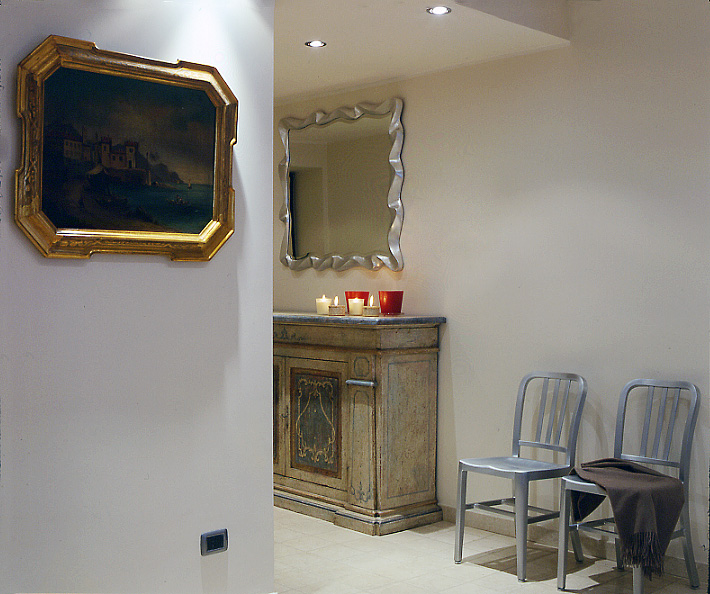 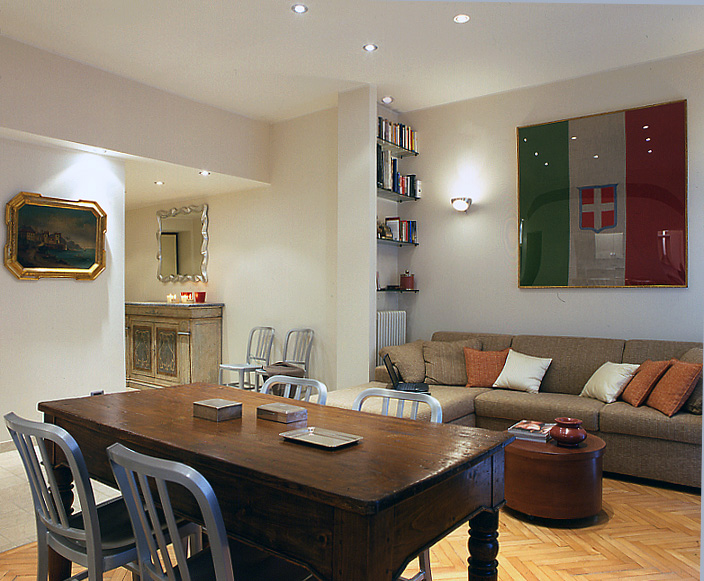 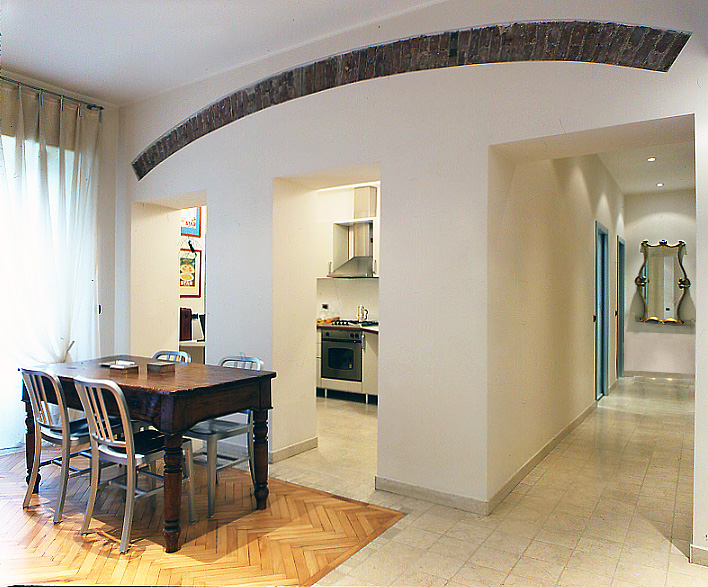 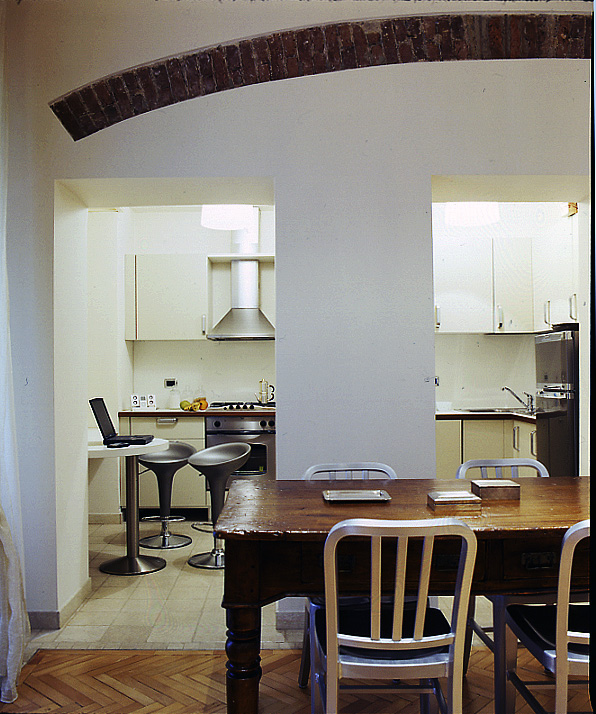 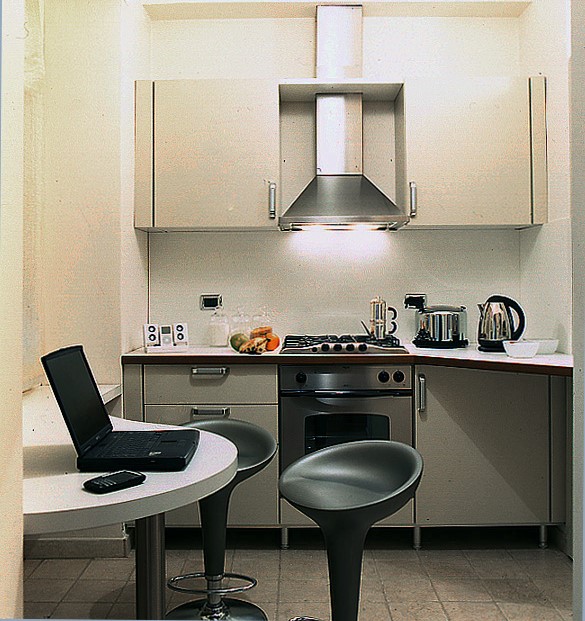 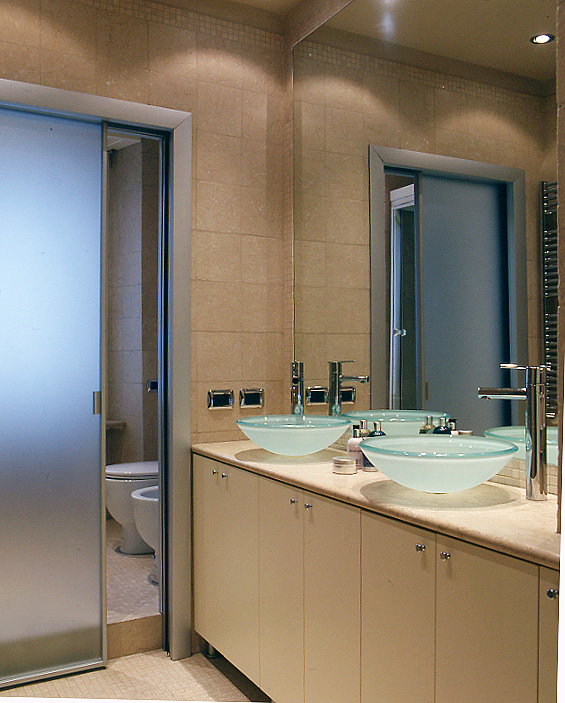 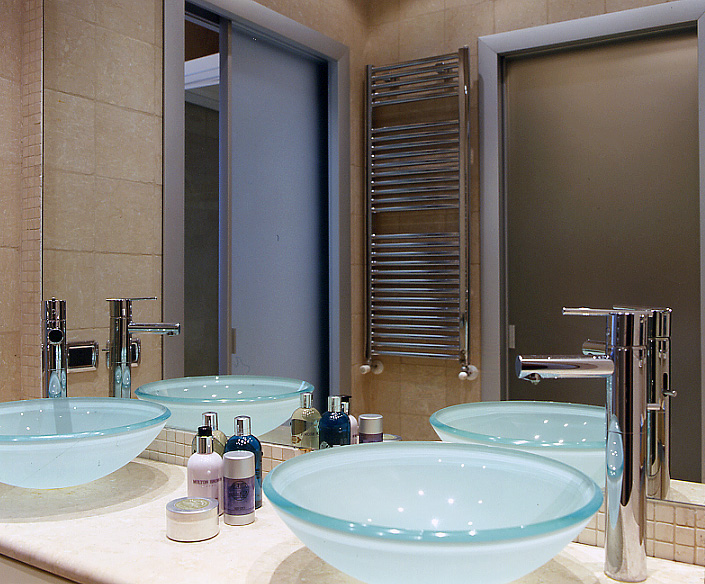 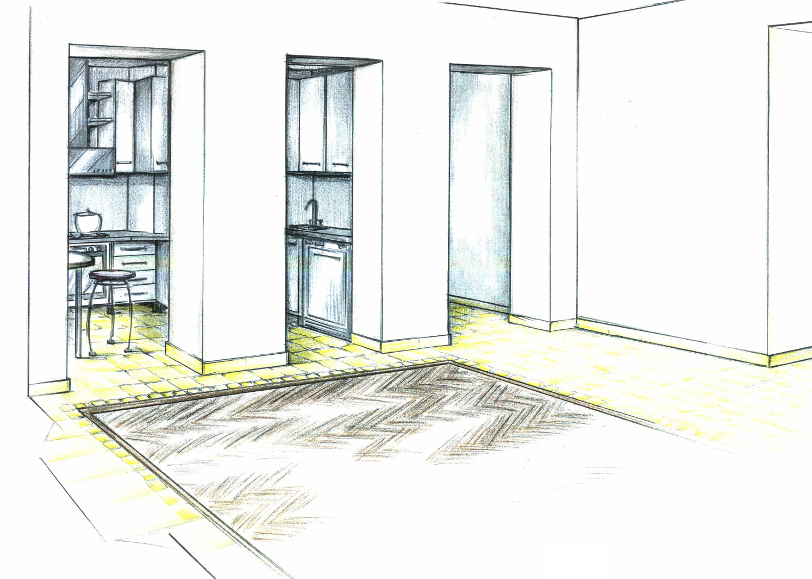