The flat that was restored is located in a building that had been built just close to the spanish walls in Milan. The restoration intervention was aimed to unify a contiguous flat, already property of the client, and to re-design the spaces, according to its current use.

The reconstruction was radical and was carried out , before all , taking into consideration  the personality and the lifestyle of the owners of the flat: two artists who both have the same kind of job.

The result managed  to give them two different spaces in order to allow them to carry out their activity indepentently, though living in the same flat. Because of this, the project option was to create two rooms respectively placed at opposite sides of the flat. The big living room, which is also divided by an archiectural element acting as a wing, and which is decorated by using a special pictorial technique that gives it a lead role of the habitat, is definetively the link between both living areas.

The projects concept, which is expressed through the material selection, the colours, the chosen lights, was to obtain  confortable spaces full of atmosphere and places of wide-use pleasure. 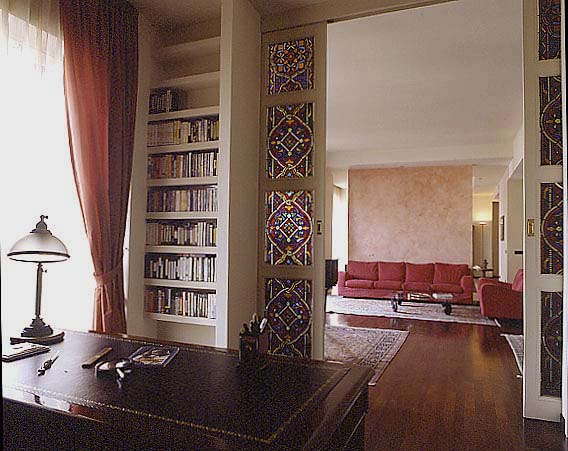 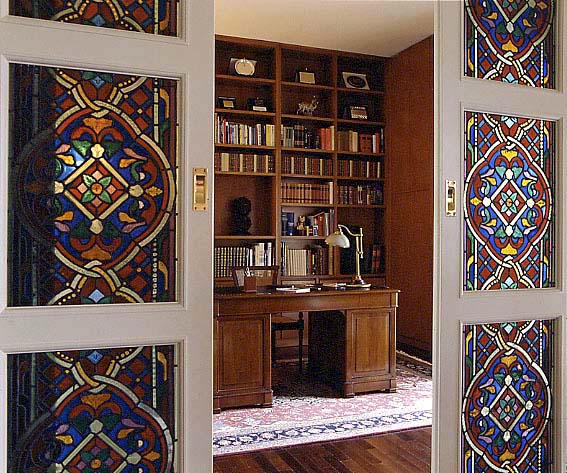 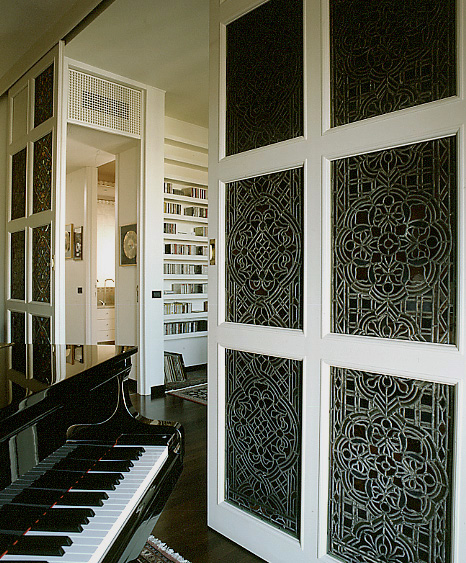 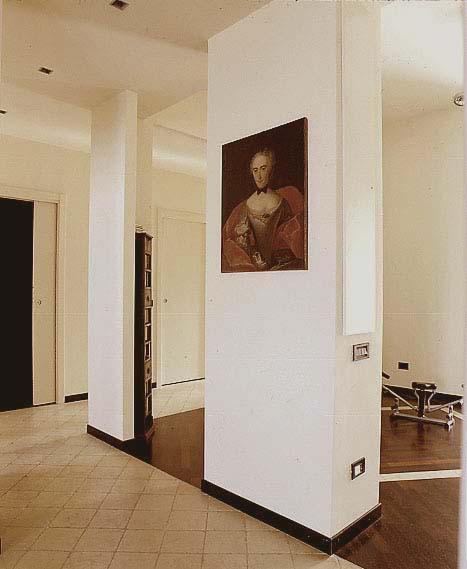 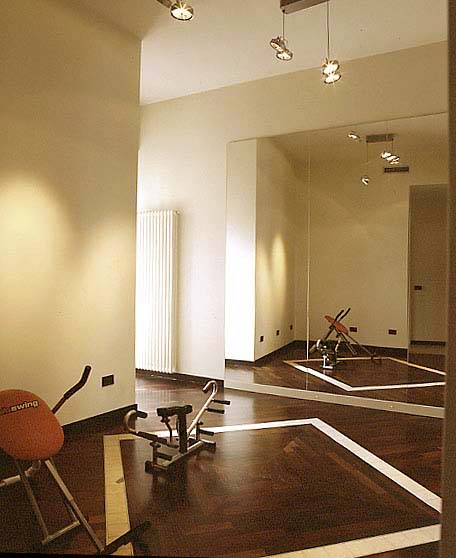 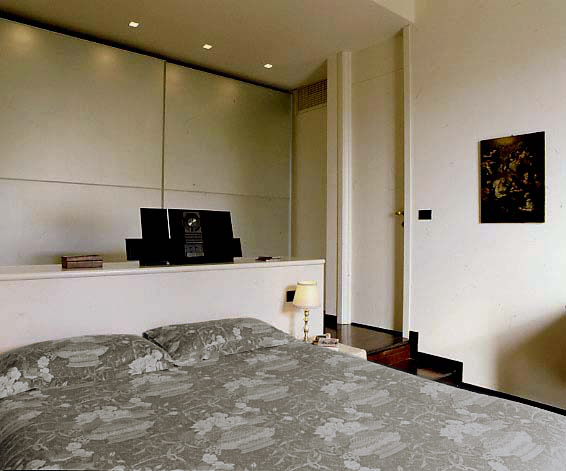 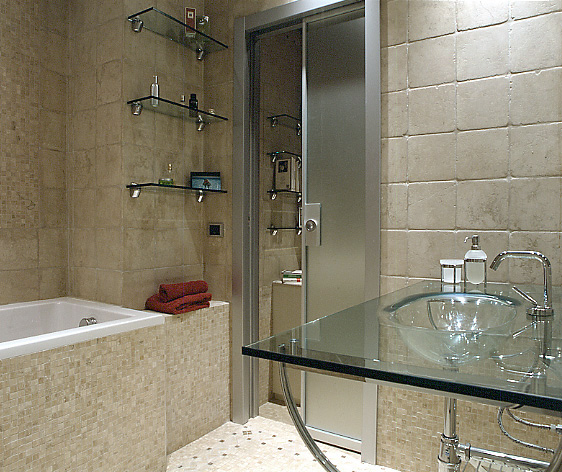 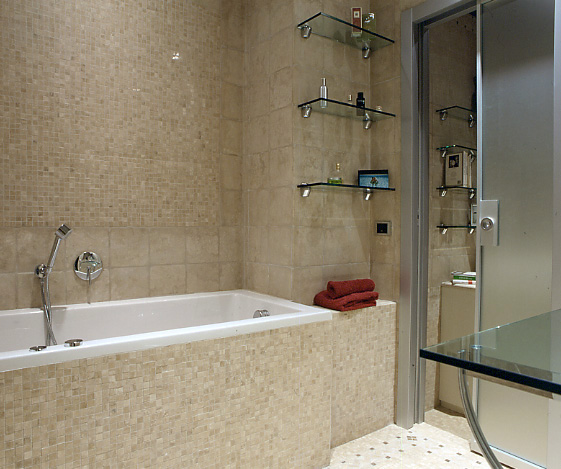 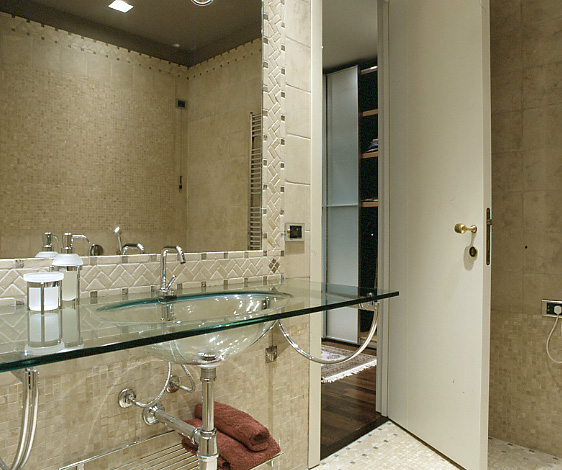 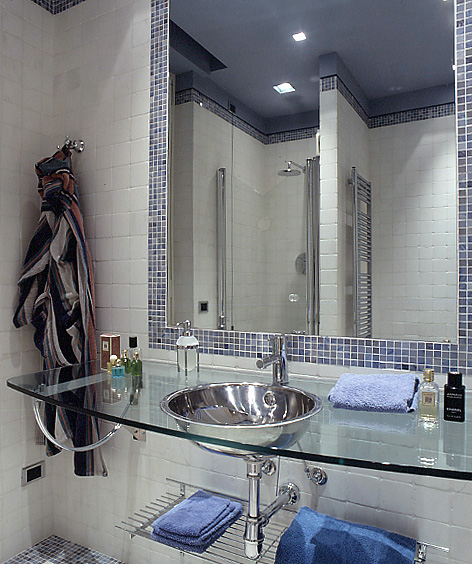 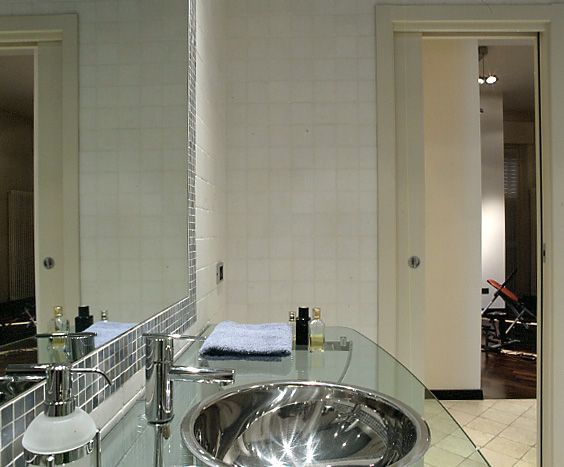 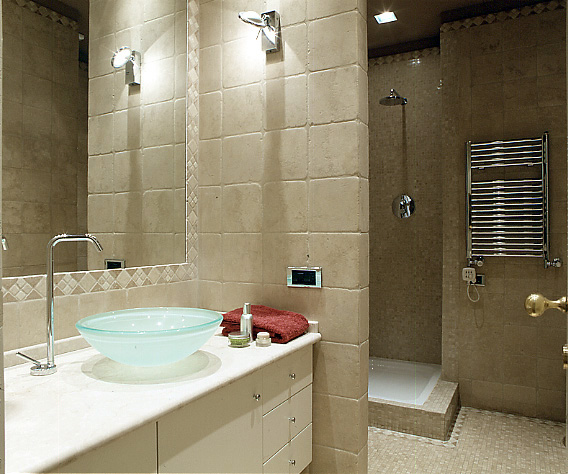 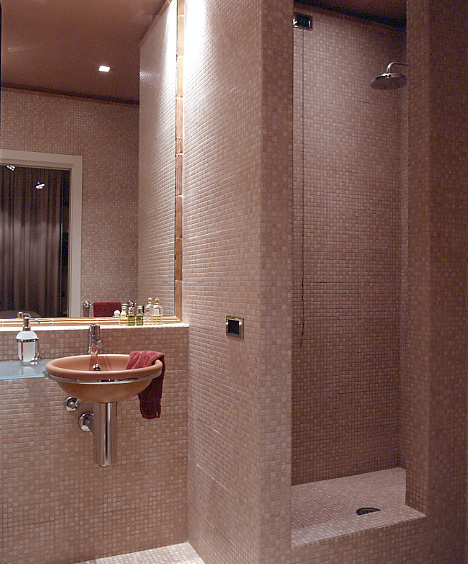