The building,  located near the Milan’s Central Train Station in an area filled with buildings dating back to first decades of last century, (most of them of relevance and showing the Liberty-style diffusion in this area),is  decorated with Liberty-style details both on the façade and in the internal part.

The flat that was restored, located at the last floor of this building full of atmosphere, belongs to a single person. The status of retrieval of the flat was of complete degradation, regarding both building works and

hydraulical/electrical system works, and its spatial distribution was typical of the age of the buildings’ construction. Therefore the restoring took  into consideration the whole flat both for building works and plants. The existing rooms division was transformed: in fact originally there were four rooms with a bathroom and a kitchen, while now the flat is a two-roomed flat equipped with a kitchen and two bathrooms, where it took into account the character,  personality and at last the needs of the client.

The monochrome theme, present everywhere in the flat, allows the spaces broadening, free from volumetric constrains, while the lackered furnitures being in the same colour as the walls result invisible on one hand, and, on the other hand, because of many cd’s disposed on them, become rich in  colours and create a full-of-both consonances and contrasts fusion, giving a final effect of extreme agreableness.

The furniture elements are skilfully  mixed between design and ancient ones (of the age of the building), creating thus  a pleasent and cosy atmosphere.

The architectonic restoration of this flat is like an harmonic fusion of different musical sounds coming from recent and past places, which, when mixed , can create a rythmic harmony, vital and, why not, energetic. 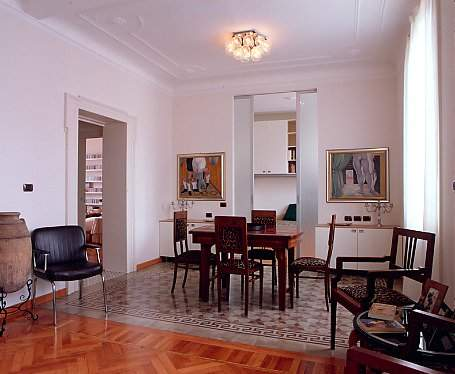 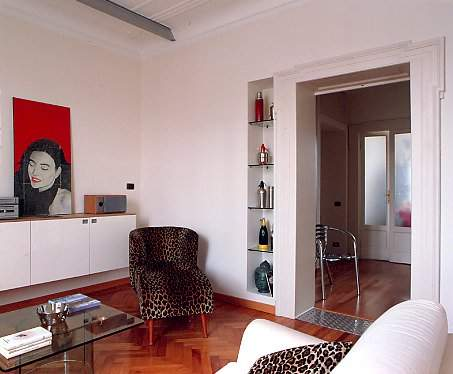 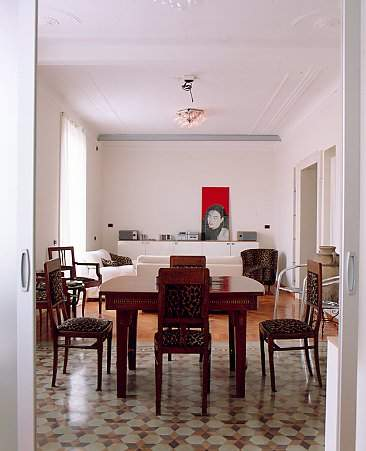 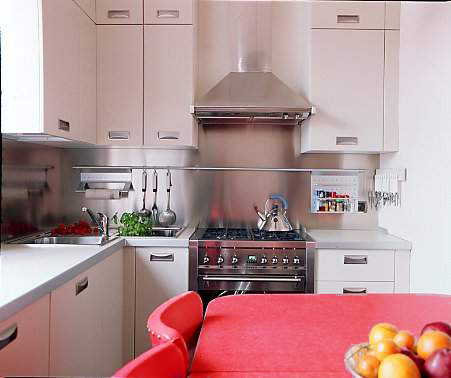 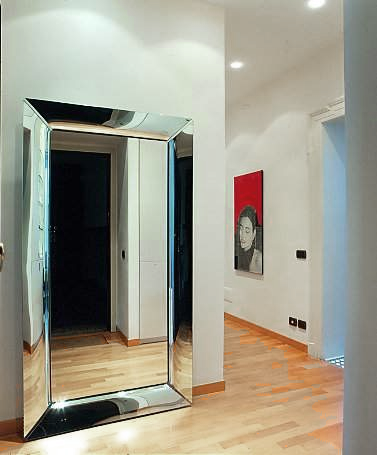 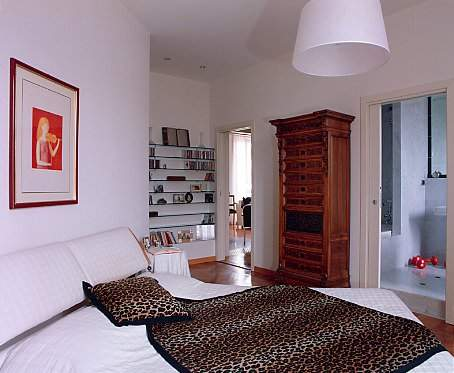 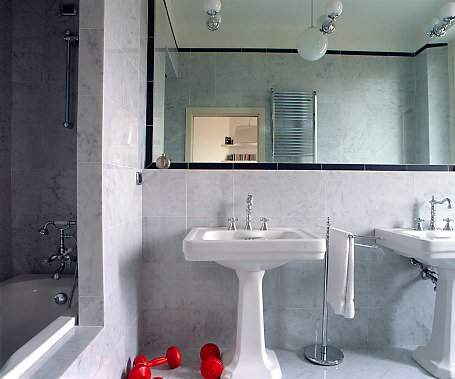 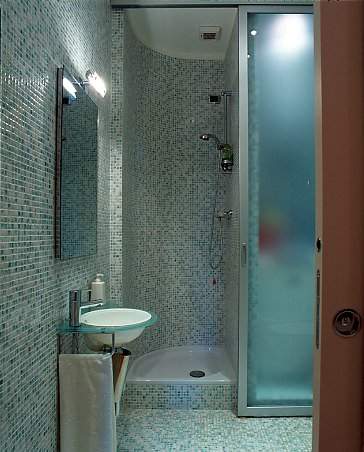